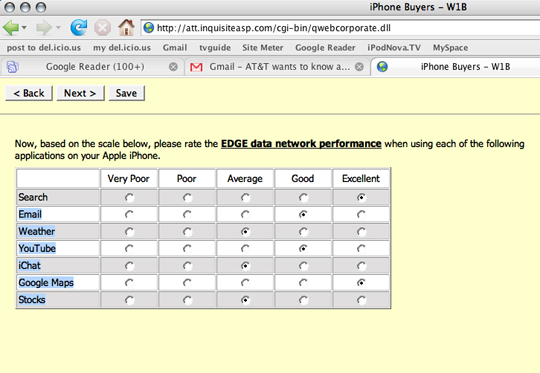 iPhone users were greeted with a survey over the weekend asking how they liked the amazingly fast EDGE service, which isn’t surprising since the iPhone has been on the market for a little over a week. Now this is all speculation and a possible flub on AT&T’s part, which shouldn’t be ruled out because it happens, but iChat was included in the list of services that run on the EDGE network. I guess you won’t need Trillian after all.