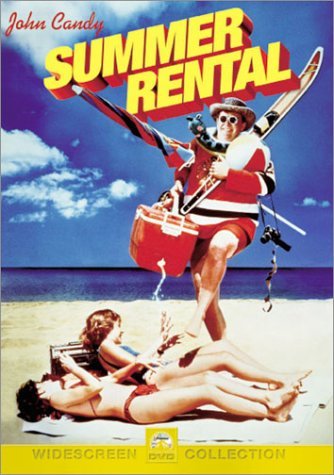 Finally, summer is here and it’s your chance to bolt for vacation. You’ve rented a summer place and it’s a beautiful thing. We could talk about video game systems and air conditioners, but screw that! You’re off the leash and you know what? This is your life, and you’re going to have fun playing outdoors all summer long. Since summer rentals only last about 3 months, you are certainly not going to make any capital improvements on someone else’s house.

You’ll want to keep things as simple and portable as possible, but at the same time you want to personalize this place with your gear. Decisions, decisions… what toys and gadgets do you need in and out of the house. Whenever possible I’ll recommend toys that play well with other gadgets: Here are my suggestions; 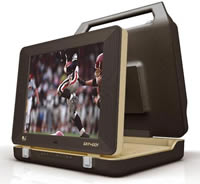 Hopefully, if you are lucky, you are far away from civilization, so cable TV is out. Here is something that will keep on giving, long after the summer is gone. Direct TV Sat-Go is the first portable satellite–TV system. Easy to transport, the combined LCD screen and satellite receiver is in one 27-pound case. The flat lid on the case is the antenna and it has a compass to find Direct TV satellites in the southern skies. It’s a 4:3 screen, but I’m told it is HD capable (720P). For power you can plug it into a wall socket or cigarette lighter jack. 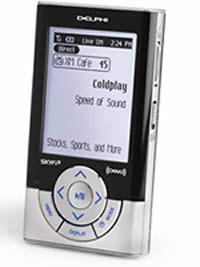 When you’re out in the boonies you need music, so cuddle up with an XM satellite radio. You’ll get your news, sports, talk radio, comedy and music. The Skyfi3 is an excellent choice for the rental because it’s so versatile.

It can be docked in a boom box, or can transmit signal to any FM radio, or it can be wired into any stereo receiver. It’s portable, so you can take it hiking and a huge benefit is that the Skyfi3 can record content, so if you’re inside without signal you can still listen to recorded XM satellite radio. 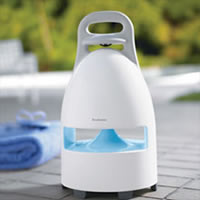 The perfect companion for the Skyfi3 is Brookstone’s wireless speaker, which lets you listen to music indoors and out. The water-resistant wireless speaker tunes itself automatically with phase-loop circuitry that transmits on a 900MHz frequency sending a signal up to 150 feet. Another option is just to connect the Skyfi3 or MP3 player through the AUX input. Sporting a 5-inch woofer and a 1-inch tweeter, this plastic wonder has full range multi-directional sound. At night this speaker illuminates with a cool blue light.

OK, you’ve been playing all day and now it’s time for a siesta. This hammock has a portable backpack that lets you take it anywhere. Not your father’s hammock, this one has an AM/FM radio (works with Skyfi3) that is housed in a water-resistant pillow. It has a beverage holder and pocket for your cigars. Big enough for most at 8 feet, it supports up to 250 pounds (the whole hammock weighs only 22 pounds). It sets up fast and has a strong stainless steel frame with a nylon surface.

Either for guests or as your main bed, the Coleman inflatable bed measures 74×54 inches and is 9-inches thick and inflates quickly with a built-in battery pump that really blows. Coleman uses an “airtight system that is guaranteed not to leak, with a double-lock valve that locks in air two ways.”

It also has an input for the Skyfi3, iPod, MP3 or CD player and built-in amplifier and speaker to romance your sweetie at night. Of course it comes with a travel bag, so you can drag it out under the stars. 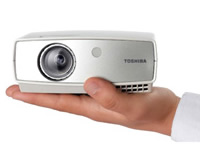 This truly portable projector is just 5-inches wide and weighs 1.7 pounds, making it perfect for temporary vacation duty. For power, you can plug it in or the projector has a rechargeable lithium-ion battery. Rated at a 1,500:1 contrast ratio with a resolution of 800×600 pixels, it provides an acceptable picture. The TDP-FF1 comes with a nifty 22.5-inch collapsible screen (which works well when there is too much light), but you can also use it to project outdoors on any flat surface (garage door, side of a building, etc). Later, you can take it inside and project adult movies (my favorite) on the ceiling.

I hope that it’s sunny every single day this summer so that you’re always outdoors playing. But, even with my best wishes, it is inevitable that into every life some rain will fall. For those rainy days (or evenings) I recommend the Oppo OPN DV971H DVD player. It’s a small, lightweight DVD player that will up-convert from 480i to 720p/1080i, and it really works well. It plays both NTSC and PAL with a menu-driven setup screen for adjusting lip-sync and general tweaking. It’s DivX certified, has DCDi by Faroudja DVD-Audio playback and conveniently has DVI-HDMI output with the cable included. 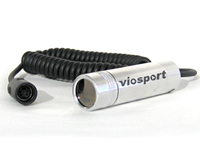 This rugged video camera has a separate wired lens the can be strapped to your handlebars or even to your head. Great for extreme sports the Viosport video camera and recorder can truly capture your action moments. The camera records hours of video using four, AA batteries. Rain is no problem and you can take it under water down to 1 meter. Shock resistant and dust proof, this bad boy records on flash memory (SD cards). A really great feature is it’s loop-mode recording capabilities (loop-mode saves up to 30 minutes before the tag point) so you can record constantly and tag the important stuff for easy retrieval. How do I know it’s rugged? The military is using this camera to record patrols and combat in Iraq and Afghanistan.

If you’re serious about water activities, then I have a hot tip. Yamaha has just announced the VX series. The Cruiser is the most affordable of the group, with a 4 stroke, 110 hp marine engine. Comfortable, for both you and your passenger, the Cruiser offers one of the longest seats in the industry. Touted as the least expensive WaveRunner, it also delivers the best fuel economy of any other water craft. The Yamaha personal water craft’s are so much fun you won’t come out of the water till it’s dark. It has more than enough power to tow water skiers or wakeboards. It has neat features, such as a remote controlled security system that locks the ignition from up to 30 feet away. Think of the great action stuff you can shoot with the V.O.I video camera strapped to handle of the Cruise. 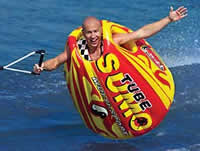 If you have the WaveRunner then you’ve got to get the Sumo tube. You wear the tube, steer it, and heck you can even roll it or jump it. The fastest bodysurfing you’ll ever get and you can roll it 360 degrees from left to right. You just slide into the suit and grab the handle with its attached 60 feet of rope and let the WaveRunner tow you. One chamber makes for fast inflation. I strongly recommend you keep your mouth closed when skimming across the water…sick huh? 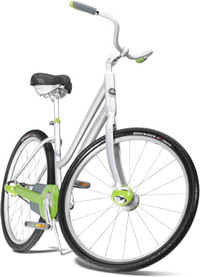 The new Lime bike from Trek provides a comfortable ride and that certainly is a different approach to bicycling. Unlike a mountain bike or a racer, with the Lime you ride in upright riding position. The three speed AUTOMATIC transmission is really cool. A sensor detects the Lime’s speed and sends a message to the on-board computer telling it to shift up or down. The computer requires no batteries; the spinning of the front wheel generates all the energy needed to run it. The correct gear selection is determined by the on-board computer which calculates the bike’s speed. When you stop, it automatically returns to first gear. The braking system is a coaster brake (pedal back) which is making a reemergence after years of hand brakes. These Trek bikes come in two styles, Lime and Lime light.

While writing this article was fun and I could go on and on with products for the summer rental, but sorry folks, summer is here and I have to get outside and start playing with all this cool stuff…lucky me.