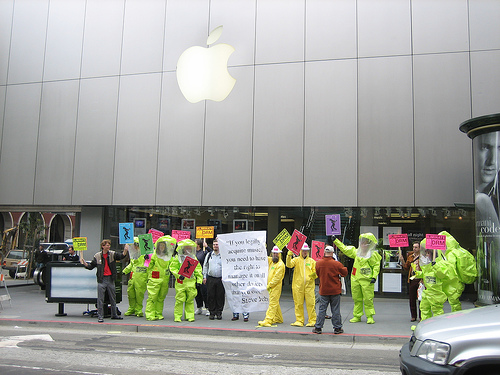 Apple’s $80 iPhone battery replacement program has upset the Foundation for Consumer and Taxpayer Rights, a nonprofit consumer watchdog group. Busybodies, I like to call them. The Foundation doesn’t like that Apple charges $80 to replace a battery and that Apple didn’t announce any battery replacement plans whatsoever until after the device went on sale. I’m more inclined to get upset at the latter rather than the former: replacing the battery was sure to cost something, but Apple didn’t need to wait until people had already bought the phone to drop the news. It’s just not being forthright, if not completely dishonest.

The Foundation did a little math and figures that the average consumer will need to replace their iPhone’s battery every 10 months. So, $600 phone plus $80 every 10 months… Is the iPhone really worth that kind of investment? What if someone sold you a car and said, You know, you have to replace the engine every 10 months, and it’ll cost you $2,000?