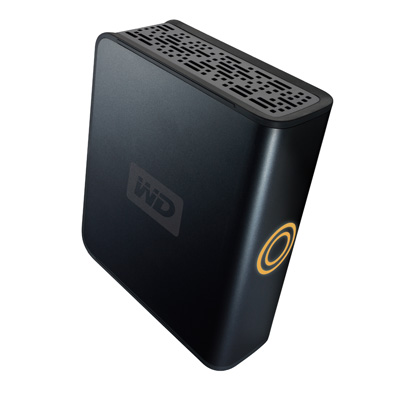 If you have a Scientific Atlanta 8300 series digital video recorder from your cable company, maybe you noticed it’s got an eSATA port on it. Well Western Digital announced something last week that you’ll want to plug into it: My Library Video Edition DVR Expander. The $199 500GB external drive lets you add up to 60 hours of high-definition or up to 300 hours of standard-definition digital TV storage to your cable box.

Just connect up the drive via the eSata port on the back and start recording. And like the company’s MyBook line of external drives, it’s built inside what’s basically a heatsink allowing it to run nearly silent with no fans needed. It also features a low-intensity LED activity and capacity gauge so you know when your recording and how much space is free on the drive.

Right now, the Scientific Atlanta 8300 boxes (including the 8300 HD, 8300 MR, and 8300 HD-MR) are the only models supported, but as other cable and satellite DVR manufacturers enable the eSATA ports on their current DVRs, Western Digital intends to make the My Library compatible.