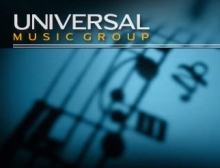 The other day, people started getting freaky because Universal Music Group stated it was not renewing its iTunes contract with Apple. Everyone, myself included, took it as a sign that UMG would be pulling out of iTunes altogether and that millions of available songs would be lost forever. Luckily, that’s not the case.

After realizing the public flipped out about the statement, Universal decided to downplay the situation a bit, saying that it will continue to offer music on iTunes, just not on the old terms it previously agreed to with Apple. The new deal allows UMG to charge more for exclusive pre-releases of albums, meaning Apple is going to have to fork out more cash for those iTunes Exclusives. Hopefully we won’t see a price increase in iTunes tracks anytime soon.

Universal downgrades kneecapping to kick in nuts [The Register]