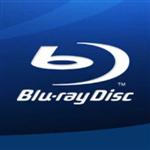 You’ll soon be able to burn a 50GB Blu-ray disc in a little under a gigabyte per minute, according to Panasonic.

This oughta bring everyone one step closer to realizing the true benefits (besides hi-def movies) that the Blu-ray/HD DVD camps have been touting since the formats were originally announced — convenient, fast storage of large amounts of data.

Panasonic today announced tthe world’s first Blu-ray drive that can write at 4X on a dual-layer disc, out-pacing the 2X record of previous drives. A more stable and refined laser lets the unnamed drive burn the full 50GB of information in about 46 minutes, or more than 1GB per minute; a regular single-layer drive will take exactly half as long at the same speed, Panasonic says. The technique has the side benefit of quieting the drive by eliminating the vibration that has slowed down earlier drives.

It’ll be interesting to see if and when these large storage formats can catch up to hard drives as a viable data backup solution. I’d feel more comfortable making backups onto two or three discs after having my fair share of hard drives kick the bucket. It would be nice to see the price for blank discs come down, maybe just enough to make buying three blank discs $20 or $30 less than the cost of a 160GB hard drive.

There’s been no hard-and-fast announcement of a launch date but the 4X dual-layer discs themselves should be available by late September, while the single-layer 4X discs will be available in a few weeks.