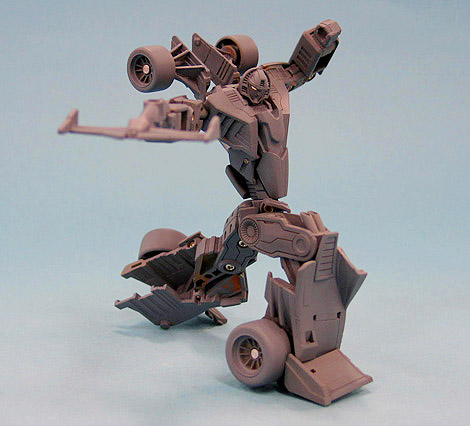 And I’m not talking about Michael Bay. Alex Kubalsky is an Australian toy designer who works for Takarotomy, the Japanese toy company who collaborated with Hasbro on the re-design for the Transformers you’ll be seeing in the new motion picture. Or, if you’re a hardcore fan, the destruction of the originals.

I’m actually being a little harsh on Alex as he had nothing to do with the actual re-design of the Autobots and Decepticons, but he was in charge of the transformation scenes for Bumblebee. And let me tell you how HOT those were…errr at least that’s what I was told. ☺

The rest of the interview is pretty interesting on how he got started and the whole design process that goes into ‘transforming’ the Autobots and Decepticons, but I can’t read any further or else it will upset me even more. Optimus Prime is a flat front semi, Bumblebee is NOT a Camaro and Jazz is not an Urban Pontiac Solstice among the many travesties in the new movie. But you should still go and watch it. It was a dream come true for me.