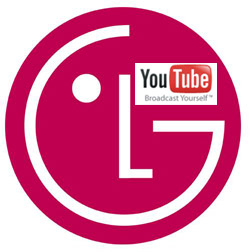 LG and YouTube have JOINED FORCES to bring to a wanting world a cellphone that works natively with the video-sharing Web site. To be unveiled in the second half of the year in Europe (maybe something is blocking the phone’s release here in America?), the phone will let users record, upload and view videos right from the handset.

You know, it’s bad enough sitting at home and wasting untold minutes (hours?) watching dumb YouTube video clips, but now there’s a phone specifically designed to work with the service? As lukewarm as I am on the iPhone, at the very least it’s trying to innovate just a little bit.
YouTube on a phone != innovation.