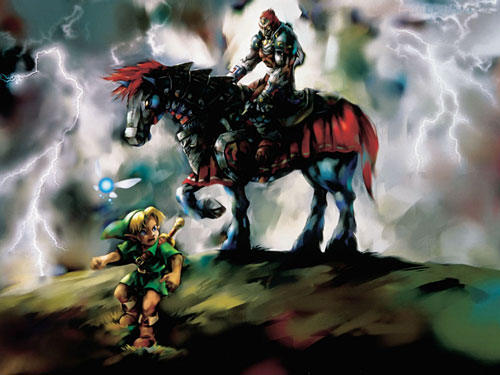 Edge magazine has named The Legend of Zelda: Ocarina of Time the best game of all time. Yes, everyone hates these so-called “best” lists and many of them are created just as Digg bait nowadays, but Edge magazine, in my opinion, isn’t your typical video game magazine. It doesn’t use words like “awesome” or “super-de-dooper” to describe and review games, but uses a measured, professional tone akin more akin to Vanity Fair or the New Yoker than the average game rag. The full list of the top 100 games, as compiled by Edge readers, industry “experts” and Edge’s own editorial team, will be released tomorrow but the top 10 have already been announced. And they are:

I won’t even argue with Ocarina; RE:4 I’m a little surprised about, but I did enjoy it; Mario 64 is a given for any top 10; I’ve never played Half-Life 2 so I can’t speak to that; Mario World reminds me of when I was young and happy; LTTP I never played (sorry!); Halo was just OK in my book; FFXII is too damn complicated for the near-zero amount of patience I have nowadays; Tetris shouldn’t even be on the list since it’s a game that transcends gaming; and I never played any Metroid.

All in all, a really solid list. Let’s see what the rest of it looks like, Edge.