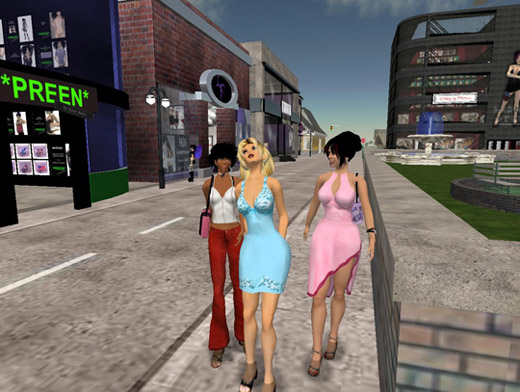 Virtual worlds like Second Life are strange creatures. The people who participate in them won’t admit to it, but they’re huge dorks. Bar none. They got picked on in school or couldn’t cut it in the Real World. So they hop online, armed only with an avatar and their keyboard. Perhaps some sort of fat-based snack as well. But online they’re kings, demigods among virtual men in a virtual land. They’re real estate owners, sex proprietors, yiffers, etc. Captains of pretend industry. They “made it,” made it online. And now The Man wants his cut.

For you see, over in Korea, the government has decided to tax virtual world transactions that exceed $6,500 per half year. Double that amount and you’ll need to acquire a business license. All of a sudden, that booming business of yours selling furry objects to forlorn young men isn’t as profitable as it used to be. Don’t even think about hiding your income, funneling it through some Honduras-based proxy server either, for the Korean tax officials have a method of monitoring all transactions. They’re watching you make virtual money and want their Real World slice of the action.

But hey, now you’re just like a Real Person. Grats.