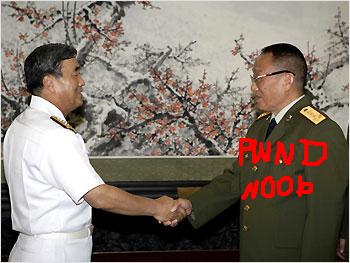 This only happens in Korea, I swear. My countrymen love them some Starcraft and the mandatory military service hinders that love, but no longer. In April the Air Force profiled the King of the Terran Tribe in Starcraft, Im Yo-han. The profile caused the site to crash from all the hits and the Navy is hoping they can have the same success with the announcement of team Aegis. The formation of such teams is great publicity for military branches because servicemen will be competing in their uniforms. The Korean Army is also considering the formation of a team. Like I said, only in Korea.