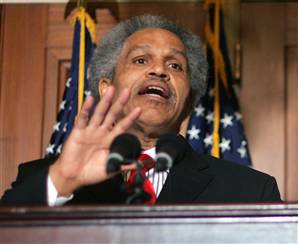 The mayor of Philiadelphia was waiting in line for an iPhone when an unnamed man asked him, “How can you sit here with 200 murders in the city already?” Ouch. (And how very John Kerry of him.) The mayor then left the line, tail between his legs and all.

The moral of the story? If you’re the mayor of a major American city, maybe, *maybe* you would do well to send an intern to fetch your toys instead of going yourself. Just a hunch of mine.