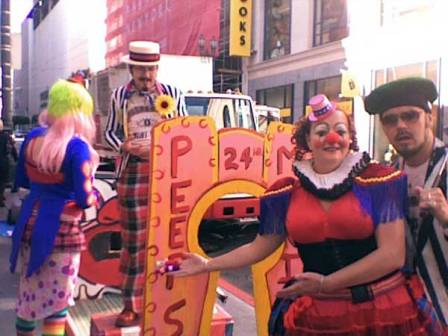 This is it. Today’s the day when every angel gets its wings. Some of us will be covering the New York madness, such as it is, but let’s not forget some of the other cities suckered into Apple Fest ’07. For instance, in that great liberal crack den known as San Francisco, a “comedy circus group” (ugh) has set up a mini golf course and we’re also receiving reports about a man, possibly more than one, in a suit who is standing in the line. At last check he had a MacBook Pro on his person.

There’s also reports of clowns spewing iPhone propaganda. He must be a gadget blogger.