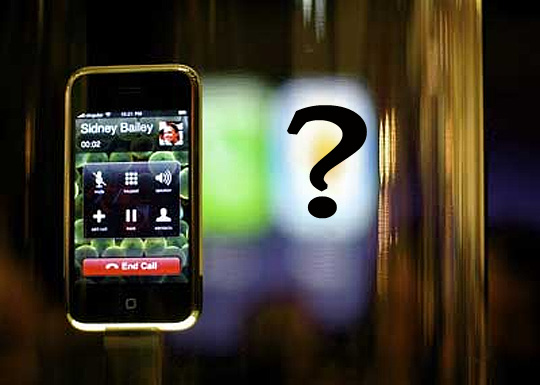 It may surprise some of you to read this, especially from me, but I must say it: Not everyone is going to need an iPhone. Sure, I’m stoked as anyone to get my hands on one, but I’m not sold that it’s the do-all some people are hyping it up to be (not Apple, btw). Don’t get me wrong, I think it’s an industry-changing device the likes of which we haven’t seen since the StarTAC, but is it right for everyone? And, more to the point, is it right for me? The jury’s still out. Until I’ve had the chance to play with one, to work it over, to caress it gently in my rough hands, I won’t know for sure. What I do know, though, is that despite the hype, the iPhone (no, I won’t be calling it “Jesus Phone”) isn’t the only game in town. And like it or not, you’re ready for a real smartphone.

That’s the focus of today’s Help-Key: How to get your smartphone on, the non-Apple way.

For those of you who are still using old-fashioned cellphones instead of feature-rich fancy smartphones, I’d like to help you along with our Smartphones Now! as a primer. It’s a nice batch of pieces that breakdown in detail the rank and file of smartphones with pros and cons for each kind there is, down to certain models. But we’re not just talking about a generic group of handsets here, we’re talking iPhone competitors, which means touchscreens, connectivity options and usability beyond your Blackberry. We’re going to look at a few such devices, and see if we can’t out iPhone the iPhone. 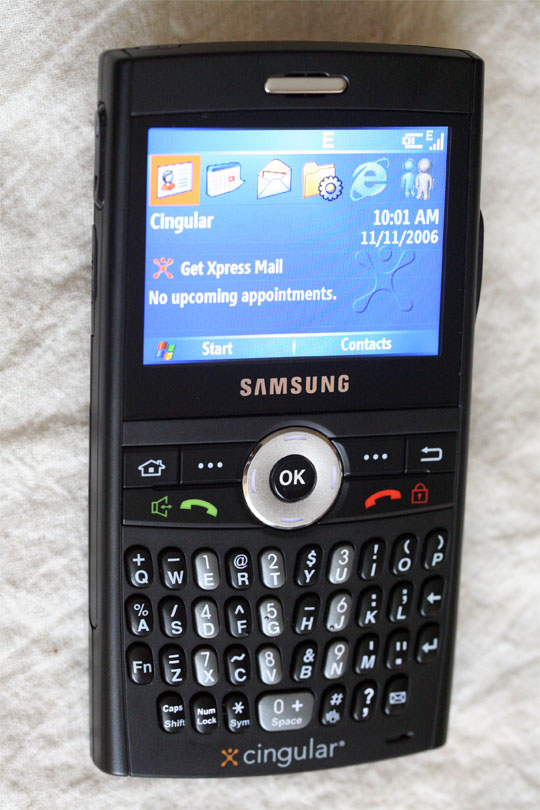 The problem is, there are a lot of handsets that could conceivably go toe-to-toe with the iPhone, so we’ve broken a few down for you, starting with the popular Blackjack from iPhone’s own AT&T (the old Cingular). The Blackjack is sort of a yardstick for what a smartphone is. It features 3G connectivity, so Wi-Fi, as the iPhone has, isn’t really necessary. No touchscreen, but instead you get a full QWERTY keypad, something the iPhone loses to make way for a slick design. Personally, we’re not stoked on the iPhone’s lack of true keyboard and this might be the device’s Achille’s heel.

The iPhone’s 2-megapixel camera is better than the Blackjack’s 1.3-megapixel, and neither feature the much-envied flash. Also, the Blackjack runs the maligned Window Mobile 5 OS (at least at this time) instead of the iPhone’s slick OS X interface. But here’s the rub: There are literally hundreds, if not thousands, of installable apps for the Blackjack and other Windows Mobile devices, whereas Apple’s not letting anyone into the iPhone without going through the Safari entrance. We see this as another problem with the iPhone that others have solved already. 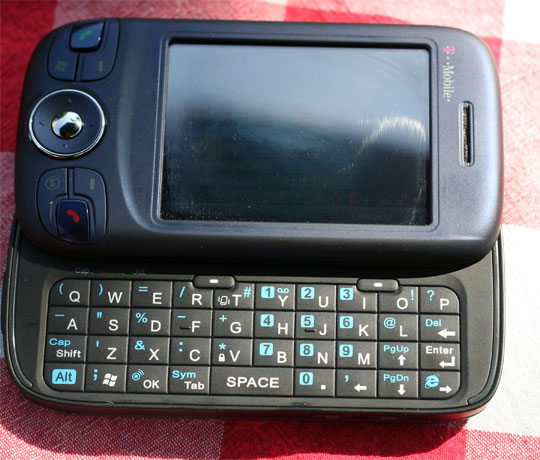 If you’re looking for something a little more powerful, but just as slim, you’d be wise to check out the Wing from T-Mobile. While it doesn’t feature the uber-fast 3G the Blackjack does, it’s got Wi-Fi, so if you’re in a wireless-friendly metro area, you can get your Web on even faster. Also, it has a decent touchscreen, much like the iPhone. And a pull-out QWERTY keypad that’s actually quite nice. The Wing, like the Blackjack, runs Windows Mobile, not the greatest OS, but it can be tricked out nicely (more on this in an up-coming Help-Key).

But let’s say you’re more interested in the iPod aspect of the iPhone. We’ve got you covered there, too. Music-playing cellphones are nothing new and Apple itself has even dabbled in the market some. That being said, none have really taken off like they could have. The handset makers have compromised enough that they tend to be neither great music devices or phones, and the carriers have marked them up enough that they’re just unattractive all-around. There is hope on the horizon, though, in the form of the forthcoming Nokia 5700, though.

While not officialized with any carrier in the U.S. yet, the 5700 has all the makings of a decent music phone and smartphone in one. Running Nokia’s S60 flavor of the Symbian OS, the phone has thousands of installable apps and a swivel keypad with music controls on the back. The 2-megapixel camera matches that of the iPhone for half the price. Truly a handset to keep your eye on.

If your media requirements go beyond music, you’re going to want a screen that kicks ass. While the iPhone does give us the widescreen iPod we’ve been asking His Steveness for for months, it’s still, well, tiny. Enter the Archos 704-WiFi. Not a phone by any means, the 704 is a PMP for serious media fiends. With a 7-inch touchscreen, built-in Wi-Fi and Opera’s latest browser, this guy does everything but make phone calls. Pair it with your favorite slim phone and realize convergence isn’t always the way to go. Sure, it’s not for everyone, but again, neither is iPhone.

For those wanting a more portable option, think of Bluetooth pairing your favorite handset with the Nokia N800 tablet. The small Internet device is a media powerhouse in its own right and has roughly the same form factor as the iPhone, with more features, like built-in video conferencing. Sure, you’ll need a handset with a data plan for Web access, but the same holds true for the iPhone (or so we’re led to believe). When our own editor John Biggs groped the N800, he fell in love and he’s a Taurus, so that’s saying something.

But if you’re looking for a little bit of everything above in a small package, think about the Palm OS-based Treo line from Palm. Easy to use with touchscreens like the iPhones (well, they’re touchscreens at least), a surfeit of readily downloadable applications for easy customization, full QWERTY keypads, media playback, Internet connectivity options and Bluetooth make them do-alls that honestly deserve a second look. The apps most people need are built in and add-ons are easy to download and install. There are reasons why Treo users are so into their handsets and if you haven’t tried one out lately, maybe you should. Chances are very good that you can get one today, no matter what carrier you have. That’s a nice advantage over the AT&T/Apple iPhone right there, friend.

All in all, I’m excited as everyone else is about the iPhone. I think the iPhone is going to affect not just the smartphone industry, but the wireless phone industry as a whole (I know, not really going out on a limb there). Since the machine itself places usability over shininess (not that it discounts shininess outright), it’s setting a bar that others will have to try to reach. In addition, the synergy between AT&T and Apple over how they’re co-marketing the device is significant in its own way; the rumored rate plans for voice and data could well send huge ripples throughout the wireless world, meaning better service and prices for everyone, iPhone users or not.

Hopefully this guide will help you understand a little more about the environment the iPhone is landing in, and, by extension, will also help you figure out if you’re one of the ones the iPhone is right for or one that can resist the hype and still do things your way.