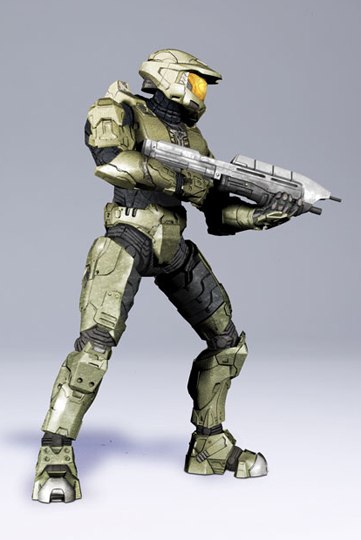 The recent announcement of Halo 3 themed accessories for the Xbox 360 sent fanboys into fits of ecstasy, but this just might send them over the edge. Coming to stores in the Spring of 2008 will be five characters along with three vehicles from the Halo series. Leading the charge will be Master Chief and joining him will be Brute Chieftain, Cortana, Jackal Sniper and a 2-pack of Grunts. The Warthog, Ghost and the upcoming Brute Chopper will look great alongside the entire line from the genius, that is, Todd McFarlane.

Unfortunately the action figure that was an added bonus for purchasing the special edition controller will not be shipping according to the press release for the upcoming line of action figures. It’s quite confusing, but we’ll have to wait and see what GameStop has to say about this one.