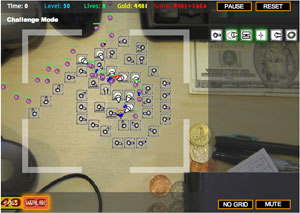 Desktop Tower Defense, the addictive and evil game that Jeremy Zawodny wrote about and which subsequently led to me losing several working days to “testing,” has been played 15 million times since launching in March. So says the creator, Paul Preece, to the WSJ today.

Preece, who’s started his own company to create more games, says that up to 4,000 people are playing at any one time.

Preece, whatever you create next, I hope I never hear about it.

Click here to play the game, and write off the rest of your day.