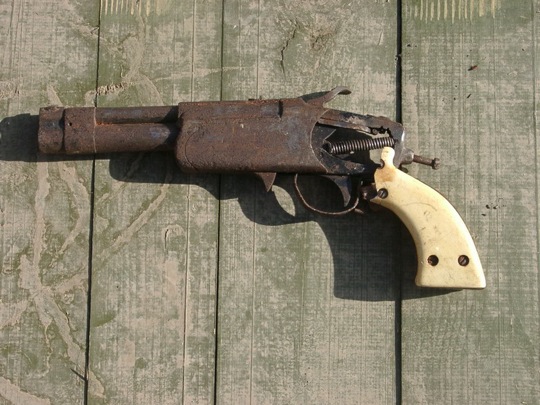 Ever play video games and look at the odd, futuristic and/or steampunk weapons and say “Wow, wouldn’t it be great if that were real?” Well, just head over to war-torn Chechnya where you can enjoy the thrill of firing a pirated, hand-made Dirty-Harry-style Magnum with all the excitement of having it blow up in your hand.

These guns were confiscated by the Russian Army and show a blatant disregard for the value of interchangeable parts and a sense that grandpa is probably doing something more than fixing the Trabant out in the garage — he’s probably hand molding gun parts for damn fool guerrillas.