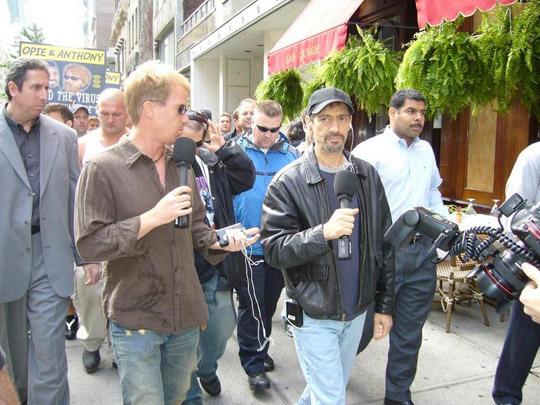 The suspension is over. One month after XM suspended them for some convoluted reason, Opie & Anthony returned to the satellite radio company’s airwaves today, celebrating by giving away a whole lot of tickets for a summer comedy tour they’re promoting. Aside from a few jabs at an XM mistake (referring to the show as “Opie & Andy” on its Web site), the broadcast was fairly tame. There was no call-to-arms against XM, no rants about censorship or the death of Free Speech, nothing. Greg “Opie” Hughes did mention that XM would have to “earn” their trust again, but he shares Java-Logs with strange men so whatever.

Rich Vos is still a dummy, Patrice has lost all his street cred and Bob Kelly’s knee is still broken. In other words, all is right in their crazy little world.