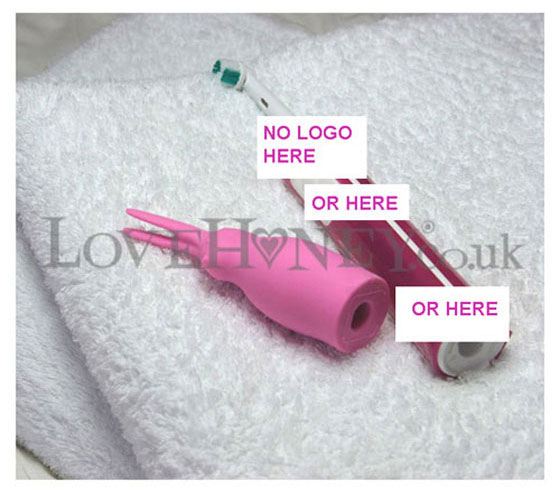 But LoveHoney suggested that the cap fits on Oral B electric toothbrushes and, as a result, makes Proctor & Gamble lawyers think that Oral B toothbrushes can be inserted into orifices other than the human mouth. The result? Lawsuit time!

So what is P&G’s problem?

“Our client’s trade marks should not be used to promote and sell third party products nor indeed should they be promoted by third parties for any purpose other than that for which they were intended,” write the lawyers, before sombrely adding:

“Improper use of the trade marks BRAUN and Oral B in this manner is misleading to the public and could potentially result in injury.”

These injuries include hair-on-palm syndrome, listless eyes, lack of vigour, and a sense of Catholic guilt. Way to go, P&G. You now look like a bunch of insane prudes. When will these companies learn? These kinds of lawsuits do more for the defendant than the plaintiff. A bunch of stuffy lawyers in the Hague clearly couldn’t care less about us writing about LoveHoney, but by publicizing ridiculous complaints from massive conglomerates sites like LoveHoney get lots of traffic and money and P&G looks like a bunch of school marms. That said, go buy some of these little toothbrush things and turn your Oral B toothbrush into a true Thunder Probe. It’s the only way to support the little guy and stick it to the man.