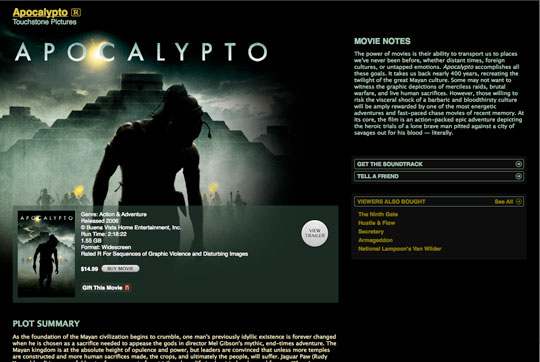 Apple wants to launch an iTunes film rental service by the fall and is currently discussing the possibility with several Hollywood studios to see that it happens. Reports show that Apple wants to charge $2.99 per 30-day downloadable rental and that the download would be DRM’d “like whoa” (m wording) in order to prevent wily pirates from further distributing the downloaded file. Yeah, well, would the file be Snapz Pro-proof?

The reason for this is that Apple now believes that, while people love to own their digital music, they don’t necessarily want to own digital films, especially since they only watch them a few times. $3 for a 30-day rental or $15+ for something you’ll send only a handful of times? With this, Apple puts the cable companies and their video-on-demand on notice.