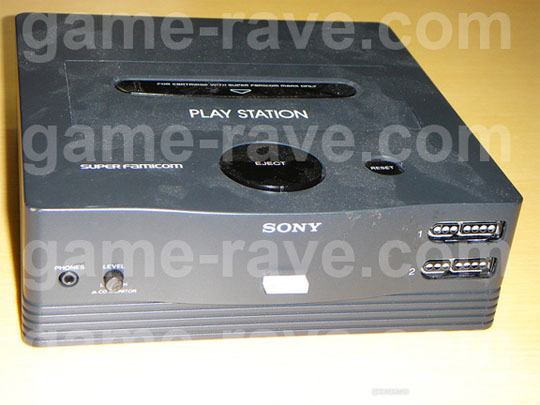 Any gamer who is a big enough dork to comb over Wikipedia for some video game history should know that the original Sony Playstation isn’t exactly the gray, overheating 32-bit console we all love so dearly. Originally, Nintendo has hired Sony to help develop its Super Famicom (SNES) console. This model had a CD drive and was essentially a predecessor to Sony’s Playstation. A few prototypes of the original Nintendo/Sony collaboration are still around, but are near impossible to find.

Luckily, some sly gamer was able to score an old prototype console. It looks like a combination of the Nintendo 64 mixed with the original Playstation with a dash of Sega Saturn for good measure. Not much else is currently known about the system, but it is a working model so maybe they’ll have some compatible games they can try out. 100 polygons per character anyone?