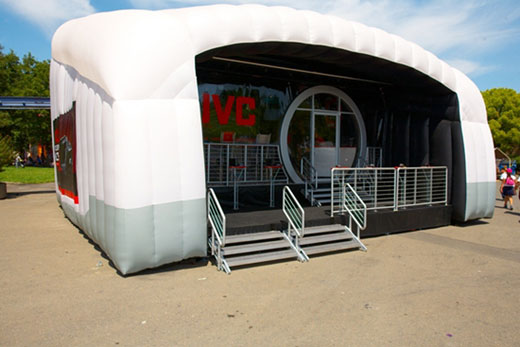 Yee haw, partners! JVC’s goin’ ’round the country to county fairs, balloon festivals and air shows to show off its brand new products to the general public, no fancy press pass needed. Dubbed the “Focus on Hi-Def” tour, it will make stops at some 50 events in 24 states letting people see, hear, touch, taste and smell JVC gadgets, with an emphasis on the hi-def ones. Go ahead, marvel at its HDTVs and camcorders and whatnot. The company’s got a big bus filled with all sorts of electronics for you to fawn over, until the last show in Las Vegas in in November.

The first stop on the tour is the Taste of Omaha event in Omaha, Nebraska. I see a few events near the CG headquarters. Who wants to BBQ and watch pigs roll around in mud with us?