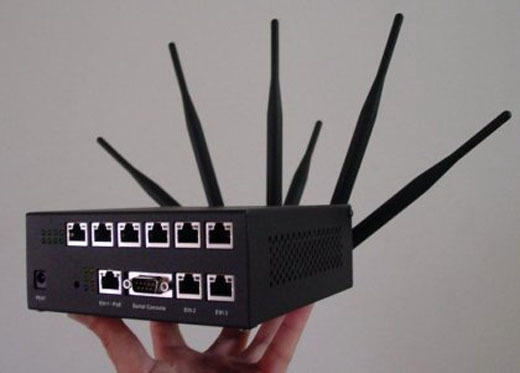 In the spirit of Web 2.0, this device is named the Slurpr. It slurps up all available WiFi connections in the area via six wireless network interfaces and exports them as one fast connection. Gajillions of ethernet-ports are available so you can share the wealth with anyone you wish, as well as kick the connection up a notch. The box is powered by Debian and includes a built-in load balancer.

One problem though. The device is personally made by some genius who is charging 1000 Euros per box and is only taking pre-orders right now. Nice to dream though, right?