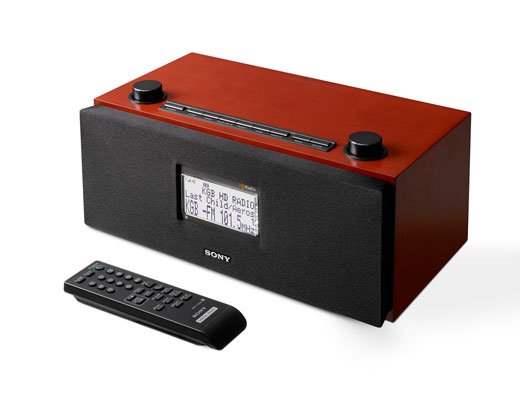 If you were holding out on HD Radio until Sony got in the game (those of you that didn’t run out and buy Cambridge’s radio), your wait is officially over. Sony announced that it’s totally down with HD Radio for the long haul (on a holiday mind you), and will be developing and distributing HD Radio-enabled products in the coming years. And it all starts with the XDR-S3HD table radio.

The little box also has an auxiliary input so you can connect an iPod S2 Sports® Walkman® MP3 Player up to it. Oh, and it’s an alarm clock, too. Expect it in July for around $200.

Sony also announced a mobile tuner with HD Radio (XT-100HD), but I didn’t put up a picture of that because, well, it’s boring looking. It’s a little black box with inputs and outputs. You get the idea.