The German company isn’t entering a market dominated by the News Corp owned IGN, Yahoo and Google without backing. Funding of $11.9 million in rounds led by Wellington Partners and Partech International sees Wazap well cashed up in its quest to conquer the American market.

Wazap indexes 84,000 different sources for gaming information. A small percentage of the indexed data is displayed by Wazap based on quality, user recommendations and publisher submissions.

Even without the benefit of a large English speaking user base during testing, the game indexing and reviews are extensive. Wazap does share similar features to other gaming review sites. Magazine reviews are scored, screenshots and cheats are available. The defining feature is in the delivery. Wazap doesn’t bury user generated game reviews and data through pages and pages of long winded reviews. Wazap sticks to its core as a games search engine by providing multiple sources of data in an accessible form. User reviews lead results with external information following down the page.

In April Wazap saw traffic of 16 million unique users on 250 million page views. The Alexa data for Wazap gives the site a ranking 1435 worldwide with Wazap being the 144th most popular site in Japan and 612th in Germany.

These are remarkable numbers, a sign that as a gaming destination Wazap is likely to find success in the largest gaming market of them all, the United States.

The English language version of Wazap launches in June. 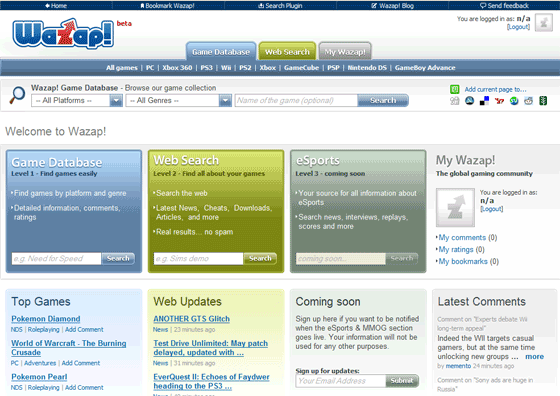 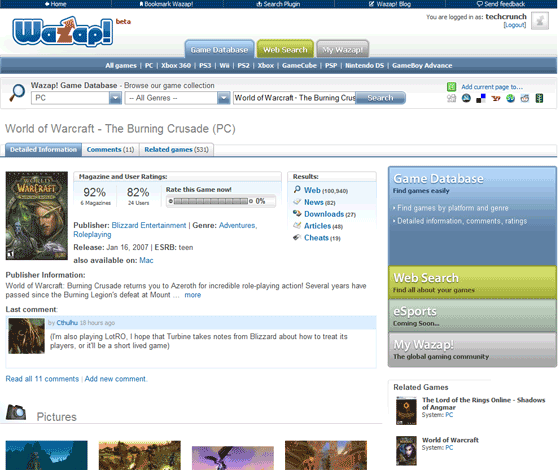