As TechCrunch reports, CTO Tom Conrad demoed a prototype of device pictured below. There’s a lot up in the air about the details of the player. Will it have a hard drive? How much will it cost? When will it be released? However, we do know the player will be powered by Zing and run the Pandora stations you already know and love. 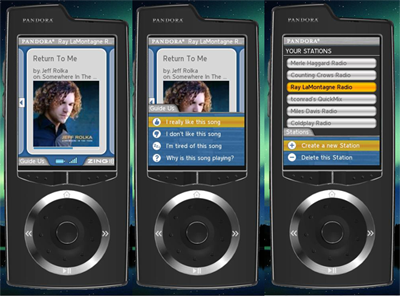