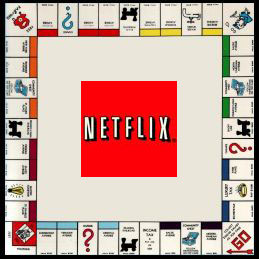 Dilbeck presents a case that Netflix withheld critical prior art from the Patent Office during review that would have invalidated two patents which it has since used to bully competitors with “sham litigation”.

Dilbeck claims that Netflix knew about prior art that would have ruined its patent applications from being issued. The proof? Netflix was so concerned about ten patents from NCR after receiving notice about them that the company filed its own court case against NCR to avoid being sued. Dilbeck contends that the NCR patents would have lead the Patent Office to find Netflix’s inventions obvious. Two previously noted NCR patent prior art examples include 6397199 and 6842115. The court filing does not detail the ten NCR patents.

Importantly, the NCR action happened at a time while the Netflix patents were still in the application process. The USPTO can use fraud as grounds to invalidate granted patents, which is typically done when the patents are being used against another party during an infringement case.

With Netflix’s patents issuing, Dilbeck claims it was able to enforce a patent’s monopoly power over competitors resulting in raised prices for Netflix consumers. Dilbeck notes:

Did Netflix know its patents were not valid, Dilbeck claims so, noting: “Netflix indeed knew the ‘450 and ‘381 Patents were invalid and unenforceable when it sued Blockbuster, and its CEO even further went so far as to call the ‘450 Patent a “joke”.

A customer class action lawsuit against a patent owning company for being a monopolist could pave the way to continued litigious times in the patent law arena, or, may just be a ground-less continuation of Blockbuster’s suit. Like most cases, this is going to come down to details.