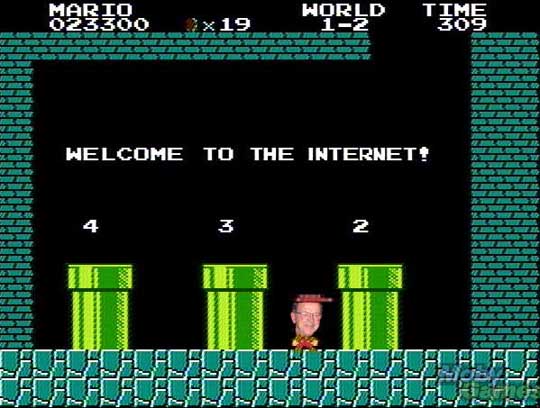 I’ve been a Bellsouth DSL subscriber for about 10 years now. It has at times been a tumultuous relationship. In the beginning I gamed quite a bit and there were issues, but after a year of complaining everything balanced out. It’s been great since then.

Over the years I’ve upgraded consistently to the highest package available. I currently subscribe to the DSL Xtreme 6.0 package. Aside from a brief outage here and there, it’s been a trouble free experience — until about three weeks ago.

I awoke one morning (OK, afternoon) and hoped online as I always do. Something was amiss. It took pages minutes to access. No problem, I thought. Reset networking equipment, but the issue was still apparent. As it happened, I was scheduled to fly out to L.A. later that day, so I forgot about it and took off.

Skip forward a week. I arrive home to experience the same problem. Flustered, I called Bellsouth AT&T and told them that something is wrong. “Nothing wrong on our end,” says the tech choad. I know there is nothing wrong on my end, but I acquiesce to allowing a line tech come to my place the following day.

The line tech arrives and he, of course, finds nothing wrong here. Nevertheless, he replaces some aging paired lines with Cat-5. Bandwidth shows a marginal improvement but the problem accessing websites still remains.

I call tech support back and tell them that the problem remains. They still insist it’s on my end. I jump through some hoops (more of that magic fix everything solution, the restart) and become increasingly belligerent. My suggestion that they check their DNS servers is dismissed as a preposterous hypothesis. Hoops continue and I become enraged.

While on hold, listening to the most unbearable Kenny G crap on loop for the 100th time, I remembered something I saw recently: OpenDNS.com. After some waiting, I managed to access the site. Switched to OpenDNS servers and, as if by magic, everything works perfectly again.

Meanwhile, the tech gimp continues to insist there is nothing wrong with AT&T DNS servers. So what the hell is going on here? To me it’s an exceedingly transparent issue. Switch the DNS, everything works, it must be DNS. Right? Am I wrong? Is there something that I’m not seeing here? A conspiracy perhaps?

I’m incredibly pissed off about this. After having Bellsouth for years I was a relatively happy customer. Yet, withing months of AT&T taking over, I experience something really unfortunate. It does not bode well.

I’m also incredibly pleased with OpenDNS. It’s a remarkable service, and one to which I owe much props. The feature set is excellent and the access rates are topnotch. I suggest you all check it out immediately.

And so, in closing, let me propose a challenge of sorts. Consider this post your impetus to rant and flame about ISP disasters. Post your stories in the comments section (and make sure a working email address is in your information section). We’ll select the best stories and vote on them. The winner will receive a Sansa Connect from SanDisk. Entries close on Friday.