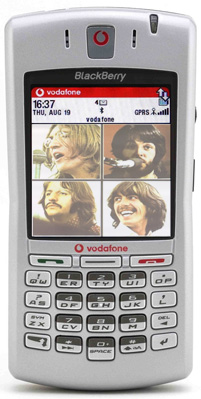 RIM is no stranger to the courtroom, having spent the better part of its existence defending its patents, sometimes winning, sometimes losing. The latest litigation towards the Blackberry maker comes from an unlikely source, though: The Rolling Stones. That’s not the news, however. The news is why Mick and company are sicking the lawyers on RIM. It seems that RIM had an idea for a Rolling Stones-edition Blackberry, paid the licensing fees, and then scrapped the plans, orphaning the project, and thereby the royalties the Stones would have earned.

While we think the Brits here just being pithy, let’s look at the broader thing: The Blackberry is a business handset, and that is all. Without the RIM backend, it’s just a phone with a funny keypad. What we don’t get is what it is about the Rolling Stones that says “I’m a respectable businessperson.” Maybe it’s the gazillions of dollars the boys have, but we think it’s a bad idea. Beatles on the iPod, it’s not.

So if the Stones win in court, there might be a Stones special edition BB. Great. Would you buy one? We wouldn’t.

Mick and the lads say: Hey, RIM, get off my cloud [Globe and Mail, via BGR]