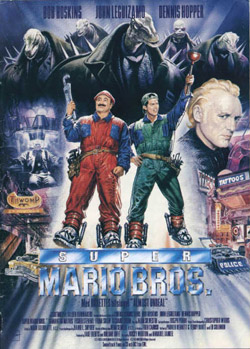 Nintendo’s running a contest called Nintendo Shortcuts to see who can make the best Nintendo-themed movie. (Holy redundancy alert, Batman.) The winner will get his or her movie played at Rockefeller Center’s Top of the Rock film showcase, lunch with a co-founder of the Tribeca Film Festival and $10,000. The winner and two runners up will all get Nintendo video game systems and plenty of games to go alone with it.

Other than being older than 18, there really aren’t any rules here. Just make a movie under five minutes in length that has something to do with Nintendo. Use the Wii, DS or R.O.B. if your heart desires. Get your entries in before June 6 and you’re all golden.