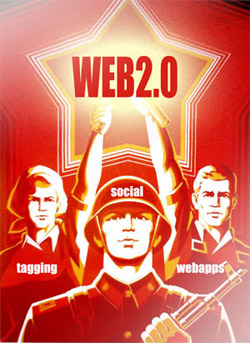 Web 2.0 sucks at Web design. That’s what Jakob Nielsen recently said at a conference where he lambasted fancy, flashy Web 2.0 sites that sacrifice usability for pizzazz. (I hope CrunchGear isn’t considered flashy at usability’s expense.) Too many sites, often run and/or funded by people who know nothing of Web design, set aside “getting it right,” and this will turn around and, in so many words, bite them in the ass soon enough.

Essentially, Nielsen thinks that Web sites should get back to basics, and those Web sites that “get it” will be the ones to benefit. Another problem with Web 2.0: there’s too much reliance on user input. It’s already been shown that few people actually participate in Web fun, so sites just looking to get as many users as possible without giving them a real, useful-to-them reason to sign up could also be burned.