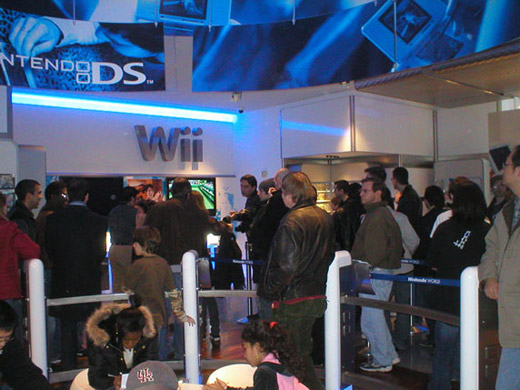 The Nintendo Wii and DS are selling so well that Nintendo isn’t even bothering to make sales predictions anymore. There’s now 5.84 million Wiis out there and 40 million DSs, numbers that Nintendo really didn’t anticipate. Sales are so strong that the company is complaining that it has to keep reassessing its sales targets. So if you didn’t believe it before, believe it now: the Wii is winning (for now) and it’s going to take one hell of a killer app on the other side to make any sort of difference in this console war. As long as everyone’s happy with their Gaming System of Choice, I’m happy.