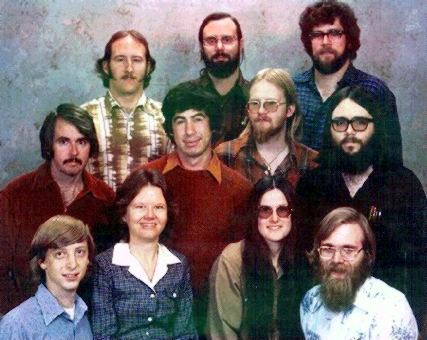 In another charming tale, we learn that developers are pretty upset with .NET 3.0 and they’re even jumping ship, taking their mad skillz with them to Linux and other platforms. Fair enough. Ahem…

I’ve spent the bulk of the last fifteen years developing some amount of reputation and expertise in the Microsoft universe, having published dozens of books and hundreds of articles, worked as an editor and consultant, written (as a subcontractor) parts of various Microsoft products, and so on. I’m also the editor of the Larkware site, which tracks news in the Microsoft software world for developers.

Unfortunately, over that time I’ve also come to the conclusion that, even though it is staffed largely by smart and ethical people, Microsoft itself represents a grave threat to the future of software development through its increasing inclination to stifle competition through legal shenanigans. Its recent attempt to claim that no one can implement a user interface that looks anything like the Office 2007 ribbon without licensing some nebulous piece of intellectual property represents a new low in this regard.

I haven’t coded for desktops in years but I can understand the frustration. Tying yourself to any coding mast — be it .NET or Mono or Perl — is a risky venture and once you know an environment and language, it’s hard to back out of that knowledge and try something new.

Microsoft’s software folks know what they’re doing, no matter how much we like to rag on them. Open source software, however, gives you many more options — and considerably more complexity, if you allow it to — during the prototyping and development process, something that I really enjoy. Plus, when I do the rare programming gig I can charge for my time and not for $10,000 worth of software. It’s a trade-off, clearly, and there is no right answer.