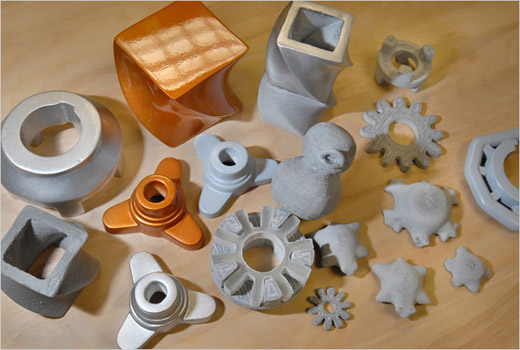 They’re called three-dimensional printers and they’re mainly used in the industrial design industry—car and airplane manufacturers. for example—to test out designs before mass production. Us normal folk can look forward to using printers to create items that we need or want after downloading the plans from the Web. Did your pesky child see a toy advertised on toy? Download the plans, send ’em to the printer and hang out for a bit. In a few minutes out will come the toy. It’s like Futurama in its awesomeness.

One of the leading manufacturers of these printers is Desktop Factory, which says that such printers should cost only around $1,000 in about four years. (Prices this year will hover around $5,000.) It’ll work by having a halogen lamp melt nylon powder into the desired shape, up top, a bunch of widgets and right here, Gumby being made.

Beam It Down From the Web, Scotty [New York Times]