A tip in today pointing to Beyond Teck, a site that claims to have a screen shot of a new layout for Google’s search results page.

I can’t confirm the veracity of the screen shot, if it’s photoshopped then it’s a very good effort.

The screen shot purports to show Google testing a new layout for their search results. Of note is the introduction of a left navigation bar that directly links to related Google search options, with aesthetically pleasing gradient dividers breaking up the search results from the search box and newly listed options.

Google has a track record of testing new features on an unsuspecting public, and this isn’t the first time there have been reports of Google testing a similar layout to this. Ars Technica reported a similar layout in February 2006 and a thread on Webmaster World in September 2006 spotted similar changes, although without the use of gradients.

After a little digging, I found that Dan Baxter has also spotted the new layout and provided a screen shot that would seem to back up the shot from Beyond Teck.

Google has been shy in tweaking a service that has famously worked so well for it, so these tests may never be rolled out permanently, however in the continuing evolution of Google they could do worse. 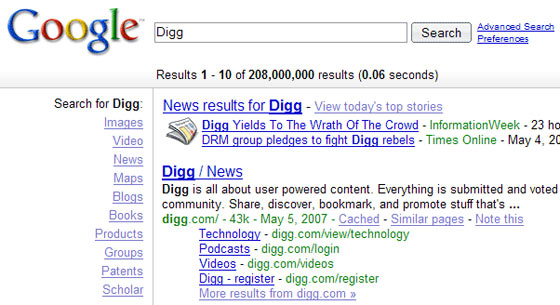 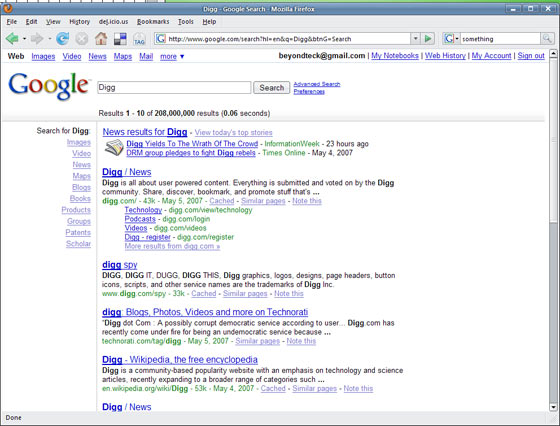