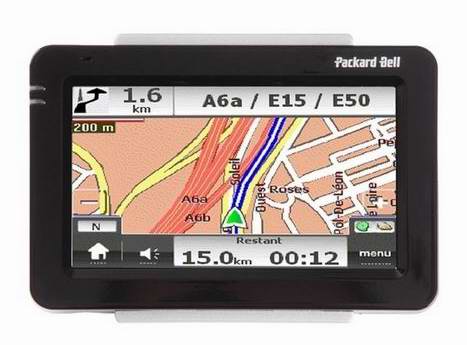 I was supposed to write about these nifty GPS units just announced by Packard Bell, but in researching my story I came across something more noteworthy: Packard Bell is still a company.

Formed in LA in the mid 1920s, PB became notorious in the late 1980s through the late 1990s as manufacturer of the crappiest PCs in the world. Indeed, Packard Bell started the trend eMachines would later take up of using non-standard components but yet maintaining compatibility. This made for computers that were at best expensive and at worst impossible to upgrade. Those of you who’ve owned the company’s computers know what I mean. [I, in fact, had one and I loved it, so there – JB]

Word is, though, that Packard Bell still sells computers in parts of Europe, and is doing quite well. The quality of these boxes wasn’t commented on, so I’d like to see if some of our EruoGearheads can fill us in.

In addition, PB makes other electronics, like televisions and these decent-looking GPS units for the British market, where they’re braded as Cpomasseo. Both feature 4-inch touchscreens, 64MB built-in RAM, and SD card support. The 810 ships with maps on a 1GB SD card, the 830 on a 2GB card, and both include live traffic information services, the 830’s being more detailed. They also play movies, which is just what you want on your car’s dahshboard, and should hit the shelves in the UK in about two fortnights.