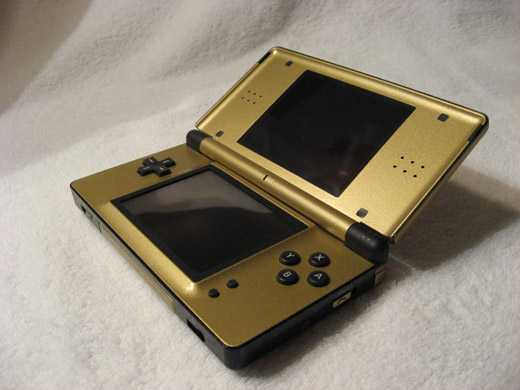 OK, contest over, give this guy the Best. Mod. Ever. award. It’s a Zelda Nintendo DS mod that brings Awesome (yes, as if it were an entity that could be brought) to your hands. Painted gold with a really intricate shield on the back, the mod pretty much just made my day. It even lights up behind the shield. Back shot after the jump. 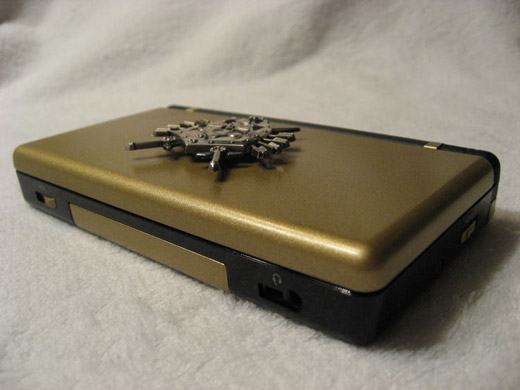 It’s going right now for $350 on eBay, with some of the proceeds going to Penny-Arcade’s Child’s Play charity.