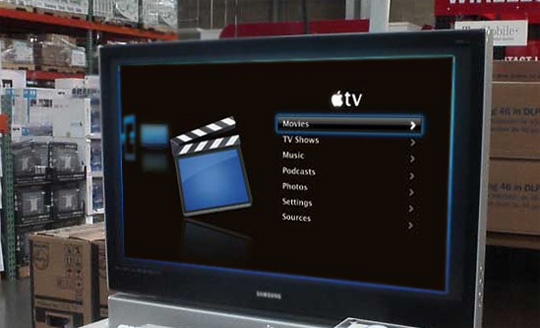 We’ve been seeing rumors all over the Internets today that Costco, the national chain of discount warehouses, might be offering the Apple TV at a price lower than Apple itself sells the set-top box for. Using our superior investigative journalism skills (read: a telephone), CrunchGear can now confirm that Costco is selling the Apple TV for $289.99. That’s $10 less than Apple or Target offers the unit for.

Right now there are 20 in stock at all three Seattle-area Costcos, and most others nation-wide. If your neighborhood store doesn’t have them yet, just check back in a couple days, according to Sam from our own local branch. We’re not yet sure how Costco is going to show off the Apple TV, but hopefully better than Apple does in its own stores, where standard-definition content is played back pixelated on HDTVs. Seriously.