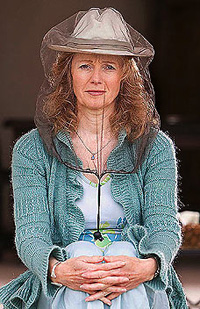 The proliferation of cellphones, Wi-Fi networks and other devices that emit electromagnetic radiation is causing some people to become very, very sick. Take this woman, Sarah, who for the last several years has been electrically sensitive (self-diagnosed, mind you). She says all of the radiation generated from the myriad devices out there cause her to be sick, nauseous, lose hair, have high blood pressure and suffer from headaches. That almost sounds exactly like a hangover, but whatever.

She’s not the only one who suffers from the disease—which isn’t officially recognized—with communities of other electrically sensitive people being forged online. (Oh, irony.) So the next time you whip out your cellphone or hop on some dude’s Wi-Fi network, just know that you’re contributing to Sarah’s suffering.