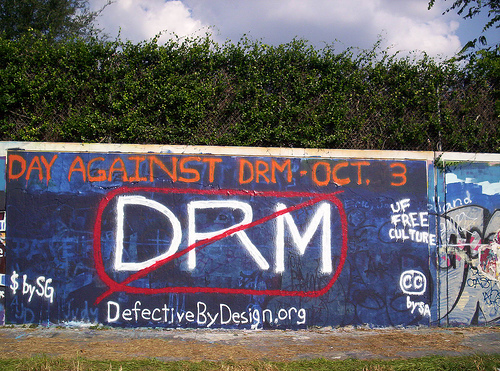 It’s appearing as if 2007 might be marked as the year DRM died. We all know that Apple has started selling DRM-free tracks on iTunes, and now we’re getting reports that Amazon is looking to launch its own DRM-free music download service as early as next month.

According to the Times Online out of the UK, Amazon has been chatting with heads of all the major labels in a bid to beat Apple to the much-wanted DRM-free punch. This is good for the user, good for Amazon, and good for Apple, not to mention the recording industry.

For years, consumers have been saying that DRM has been keeping them from going whole-hog behind digital downloads. Many who “pirate” (read: download from P2P) music do so because the restrictive DRM schemes don’t allow them to do as much with their music. This solves both problems. Also, Amazon is unwittingly helping Apple here; by showing that a DRM-less environment has more muscle that iTunes behind it, the majors really have to think again on the meetings they’ve had with Jobs and company. By bringing unrestricted music to market first, Amazon positions itself as a bigger contending in the digital download market. The labels, of course, will sell more music.

Now if only we could find a way to pressure them into putting out less crap, we’re in good shape.