There is the belief that doing anything that gets you off the couch will help you get back in shape. But the fact remains that any activity is usually a good thing and, as geeks, we don’t want run with the pack if we can help it. Thankfully, there are plenty of fitness products that have us scratching our heads and might make you stand out among the jocks. Some promise quick results with little effort (isn’t a workout supposed to be working out?), and others just seem like an accident waiting to happen. Here is a look at some unusual fitness products. N.B.: read the directions and always remember actual results may vary.

The ROM Machine
This machine promises results from workouts lasting only four minutes. If it only took four minutes to get in great shape most sex addicts would be totally buff (probably in more ways than one). But the point remains that at $15,000 you could buy a high-end bike or two, several pairs of quality running shoes, and stock a home gym with enough weights to supply the workout room at Folsom Prison! This H.G. Wells inspired fitness machine looks good, but because it is so complicated the ROM also makes us wonder exactly what you do for four minutes. However, if you have an extra $15,000 plus those four minutes, give it a whirl and let us know if it works. 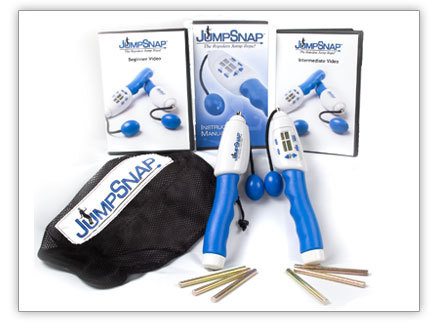 What do schoolgirls and Rocky Balboa have in common? They can really jump a mean rope. Most guys probably were too cool in school to jump rope, and thus we look pretty dorky trying to do it today. While the fitness benefits of jumping rope are even debatable (constant impact on the legs isn’t a good thing), you can actually work up a good sweat in a few minutes — that is if you don’t get tangled up repeatedly. To cut out the tangles JumpSnap has made the experience wireless – ropeless? — with their $59.95 digital device that looks just like the handles of a store bought jump rope, but minus any rope. You use it like a jump rope, but you’re not actually hopping over anything. The JumpSanp will count calories and keep track of jumps. It even comes with a workout DVD with eight-minute beginner, 12-minute intermediate and 16-minute “JumpSnap Jam Session.” Jump around indeed!

Contact lenses were invented for those of us too vain to wear glasses and too chicken to get LASIK. But now it seems even those with perfect vision can pop in some contacts to help improve their game. These disposable Bausch & Lomb/Nike soft lenses ($54.95/Box 6 Lenses/Box) are available in an amber tint for soccer, football, rugby and other fast moving field sports where glasses are only going to end up getting broken. There is a grey-green tint for running, golf and other outdoor activities as well. These contacts reduce glare and filter out 95% of UVA and UVB, as well as blue light, and provide a clear view at all angles as well as from peripheral vision. To those of us who wear glasses, this is kind of like buying a “fashion and sports” foot brace and crutch combo, but do what you feel. 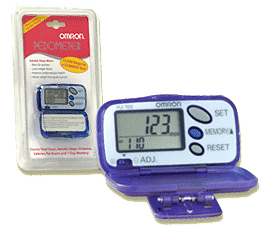 Does your daily commute include a bit of hike, or do you just feel the urge to reward yourself with a candy bar for making the effort to actually walk to the vending machine? If so then you should at least keep track of every step you take. The $17 clip-on device tracks steps, distance traveled in miles and even calculates the calories as well as the amount of fat burned in grams. Setup is easy, and this pedometer lets you monitor how every day walking can be turned into part of your workout. There is a seven-day memory function so you can also track weekly results, so you work for that reward for your all efforts.

Protecting your head while snowboarding is important, and today’s helmets actually look more chic than geek. And this brain bucket doesn’t just keep your head from getting mangled; it also features headphones that are seamlessly built into the padding. Compatible with portable music players, this $164.95 helmet looks as good as it sounds, letting you listen to your own personal soundtrack while you hit the slopes. 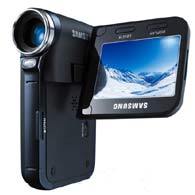 If you’re going to climb the mountain because it’s there, aren’t you going to want to prove you actually did it? Bragging rights will never be the same with this $480 sports camcorder, which can be tucked away in your pocket or pack, while a helmet-mounted lens captures every second, saving it to the unit’s 512MB built-in memory, so you can record the action for playback just as you lived. Instant “daily” playback of your adventures and photos are viewable on a two-inch, or you can download the footage to a PC for editing when you’re back from the field. The instant power ON option means you won’t have to wait for the unit to warm up, which could make you miss crucial face-plants. Ready to shoot in under a second you’ll get to record that ultimate run, or at least let your relatives witness your final moments just as you saw it! 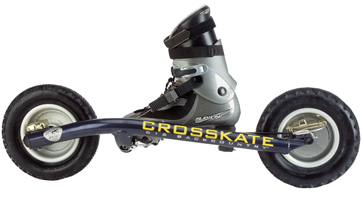 The thing about skiing is that you can hit the slopes on smooth snow, and ideally if you fall you’re going land in the soft powdery stuff. OK, in fairness you could just as easily crash on ice – but that still seems far more appealing than crashing over rocks when you fall while using these off road roller skates. Yes, you read that correctly… off road roller skates. The idea was to simulate the thrill of skiing in warmer months, but wheels, dirt and rocks don’t sound like they’d mix too well. And actually Crosskate has stopped manufacturing these things, but you can still find them online. Probably they were used once until their owners decided it was a bad idea to go skating through the woods!
Price: $750, 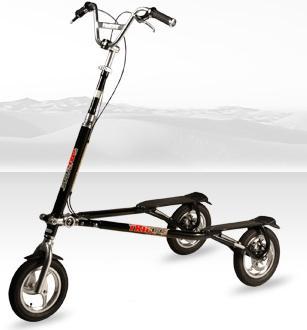 Imagine if some mad scientist – or just some guy who could weld really well – combined two scooters together and created a three-wheeled version. You basically have a Trikke; an exercise platform that is pedal-les let can still allow the rider get reach speeds of up to 18mph on flat ground. Of course you need to shake your hips like Elvis to get forward momentum, but the company promises that you’ll get one serious workout as a result. The $499.99 12 Roaster is the Cadillac of Trikkes, and it features high-pressure tires and disc brakes (since you do need to stop thing too), along with a sturdy frame and larger wheels. Let’s just hope someone doesn’t go and mount a motor on one of these things!