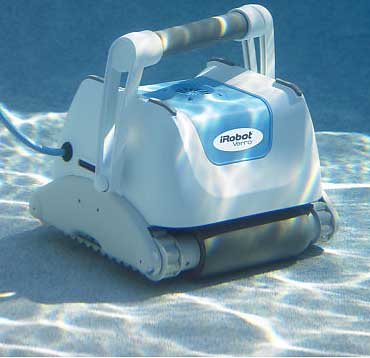 The crew at iRobot continues to broach into new territories for its household robotics. Now these little automated pool cleaners aren’t anything groundbreaking (we had one way back in the early 90s), but perhaps iRobot manages to do it better, though I can’t envision how.

Anyway, the iRobot Verro (that means “sweep” in Latin for those of you who took a useful, non-dead language in college) comes in two models, the 300 and the 600. They feature a vacuum and filtration system that annihilates dirt, algae and bacteria as small as two microns. It cleans a pool in 60 to 90 minutes. It can be had for $800 and $1200.