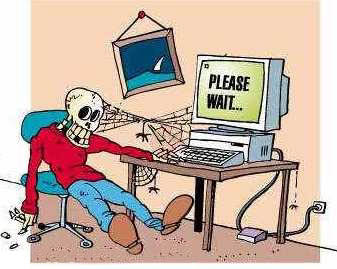 This is a problem near and dear to my heart. I rarely test PCs and laptops anymore simply because it takes too long. Back when I worked at Laptop Magazine, the #3 best-selling tech magazine in the Honolulu airport, I had the pleasure of unboxing, starting up, and testing hundreds of models and every time I tried to run my tests I had to uninstall reams and reams of veritable crap. It was one of the reasons I went to OS X. What’s that you say? Mossberg writing about PCs without slipping a little Apple love into the scene? Fear not:

I also was shocked at how long this machine took to restart and to do a cold start after being completely shut down. Restarting took over three minutes, and a cold start took more than two minutes. That suggests the computer is loading a bunch of stuff I neither know about nor want. By contrast, a brand new Apple MacBook laptop, under the same test conditions, restarted in 34 seconds and did a cold start in 29 seconds.

Speak the truth, Mr. Mossberg. This has been an issue for years — a fairly new ultralight I have here running XP takes a good 5 minutes to book and 5 minutes to exit hibernation, which is absolutely unacceptable. Whine, fanboy, whine, you say, but it’s absolutely true.

Using Even New PCs Is Ruined by a Tangle Of Trial Programs, Ads [WSJ]