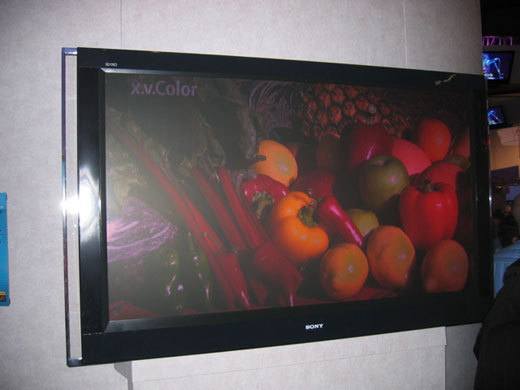 LCD and plasma may be all the rage when it comes to current HDTV implementations, but next year should see the emergence of laser TV—sort of an offshoot of DLP technology—, which has double the color range and costs manufacturers a lot less to produce. For us that means lower prices, or at least it should. From a performance standpoint, laser TV pretty much makes plasma and LCD look silly, but the two oldies still have one thing going for them: size. Since laser TV is a projection technology, you’re not likely to be able to hang it up on the wall all that easily.

Sony displayed a laser TV at CES this year (yup, that’s it up there) and was said to be the best looking TV in its arsenal. Just give me 1080p without having to sell one of my kidneys and I’m happy.

Laser TV to Take On Plasma and LCD [DailyTech]