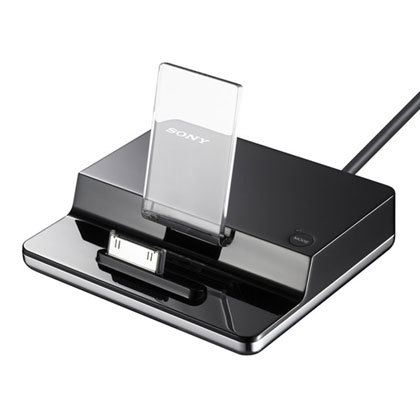 Poor Sony, lackluster PS3 sales and all but pushed out of the digital music business by Apple. To that end, it’s releasing the $100 Digital Media Port iPod DockTDM-IP1, an iPod dock that integrates with its Bravia line of home theater equipment. Not too much going on here: just plug the iPod (fourth or fifth-gen, mini, or nano) into the connector then plug the unit into Bravia’s Digital Media port. Music then bellows from your expensive Bravia system. Probably overkill, especially if it’s low bitrate. (Not a problem if you get the new and improved DRM-free music, remember.)