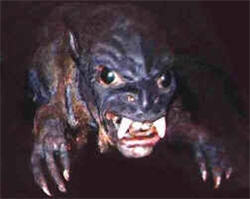 Motorola has just announced its latest handset, the MotoCHPACBRA, 3G biologically-based system that can transmit messages via the distended carcasses of ravaged goats.

The CHPACBRA uses an internal battery and play music, although all it sings is a scratchy, screaming rendition of some Los Tigres del Norte classics. Unfortunately, it’s still in FCC testing and has killed the housepets of Ed Zander, CEO of Motorola.