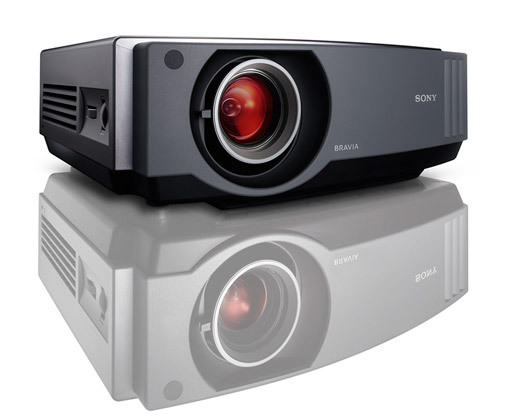 The big secret when it comes to HDTV is that a solid projector is a better bet than your typical LCD/Plasma/Whatever, namely because you can make the image as large as you want. However, they’re often a little on the expensive side, which leads us to Sony’s two new 720p projectors, the AW15 (pictured here) and AW10. Both have an HDMI input (perfect for the Xbox 360 Elite) and upscale and downscale video to get it to that 720p mark.

There’s a $300 price difference between the two, with the $1,300 AW15’s featuring a higher contrast ratio (12,000:1) than the $1,000 AW10 and a generally better lens. Since 1080p is still a little way away from hitting the mainstream (once the TV networks get behind it you know it legit), springing for a cheap 720p projector could be quite the prudent move.