I realize this might be hard to fathom, but guess what? The RIAA still sucks and is still wasting everyone’s time with file-sharing lawsuits. In fact, the RIAA apparently wasted too much time with the University of Nebraska and now the school is hitting back. U of N has sent the RIAA an invoice to the RIAA requesting that it reimburse the university for all the expenses it’s incurred from dealing with the RIAA’s outlandish requests for student information.

Way to stick it to the man! If every school had a little chutzpah and stood up to the big bully known as the RIAA, maybe we’d start seeing more P2P cases dissipate into nothing. After the jump, see the above comic in all it’s glory. 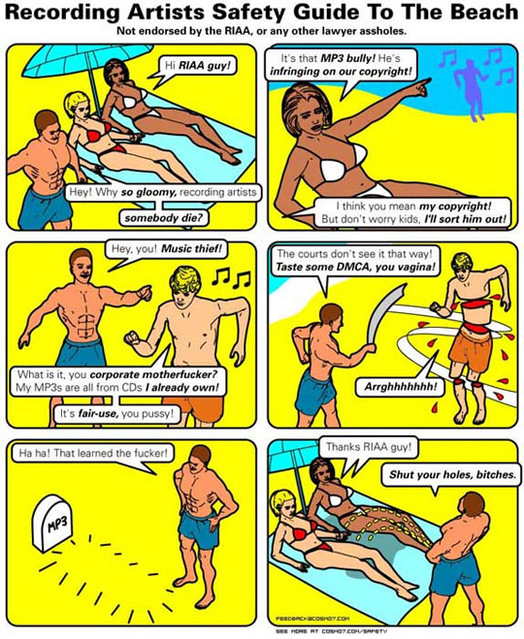