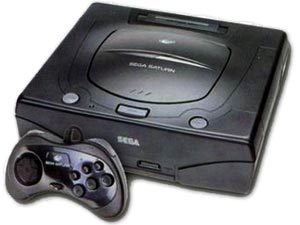 Ok I give up. Nintendo, if you make games from one of my favorite systems of all time available via your Virtual Console on the Wii, then I’m sold. I’ll totally buy a Wii and stop bashing Nintendo every three seconds. Maybe. We’ll see.

But the actual news is that Sega Saturn titles may be coming to Nintendo’s Virtual Console. Apparently a DigiPen employee was told that Sega Saturn games would be making a debut on the Wii, but wasn’t given an exact date. Though Sega Saturn certainly wasn’t the most popular system, it totally had some kick ass games and I loved mine to the very end. Come on, Nights Into Dreams? Panzer Dragoon? One of the best looking RPGs of all time, Albert Odyssey? Come on SEGA! Start porting some hot titles and beg Nintendo to release them. Everyone loves them some retro-gaming and a little Saturn action would make everyone feel warm inside.