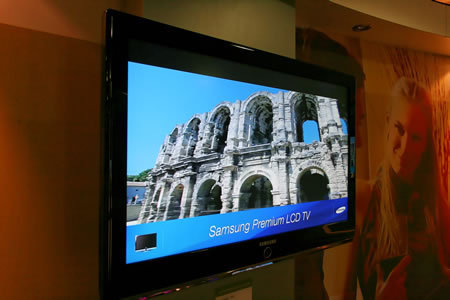 Samsung just showed off three new HDTV models in London on the eve of CeBIT. The Tulip line of LCDs comes in 37-, 40-, 46- and 52-inch sizes and fully supports 1080p. They’ll be the successor to the Bordeaux line that tore up the LCD charts last year. The Tulips all have three HDMI ports (two in the back, one on the side), while the three largest ones also feature a 15,000:1 contrast ratio and what Samsung calls MoviePlus technology. Hooray for the complete lack of explanation of what that does! There’s also a 9-in-1 memory card reader.

Hopefully we’ll get better shots and U.S. release date and pricing info in the days to come.